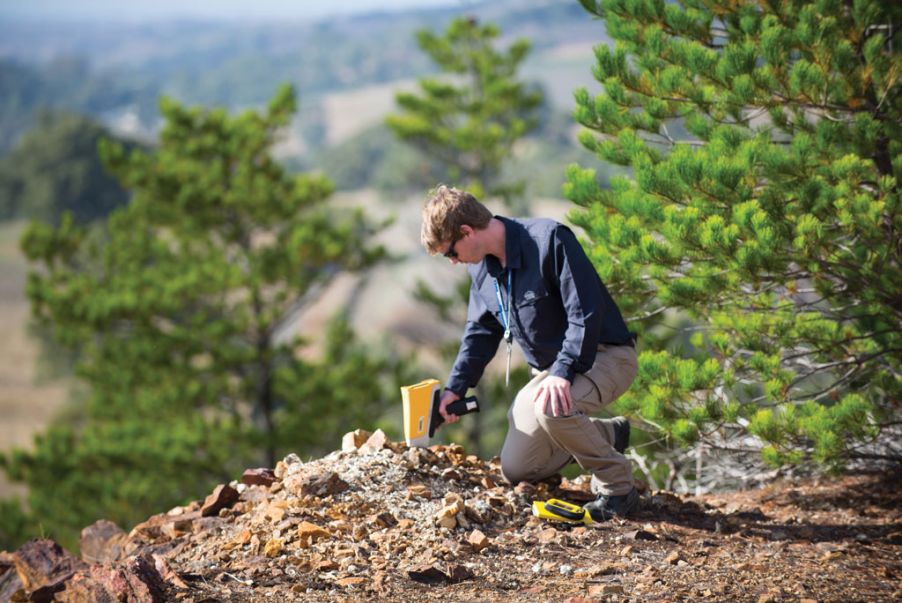 Lead is a naturally occurring heavy metal found in the Earth’s crust. Widespread extraction and use of lead in various products, such as gasoline and paint, have increased the levels of lead in both soil and air.

While US-based regulations have banned lead-based gasoline and paint to reduce exposure, lead does not break down in the environment over time. Consequently, the lead added to soil in the past remains a hazard to the environment and our health.

The Health Hazards of Lead Exposure

There is no safe level of lead exposure, and too much exposure can cause damage to the brain, nervous system, and kidneys. Lead poisoning poses a major health risk to unborn and young children, as they absorb and retain lead more easily than older children and adults. It can slow their growth and development, lead to a lower IQ, and cause learning and behavioral problems.

Lead exposure from the soil is more of a risk to children in busy urban areas with high traffic flow because of vehicles that used lead-based gasoline, as well as around older buildings that used lead-based paint (such as many US homes built before the late 1970s). Lead in urban soil also contributes to household dust and is considered a major exposure path for children.

An easy way to test lead in soil is through X-ray fluorescence, more commonly known as XRF. Handheld XRF analyzers are field-portable instruments that can be used to rapidly test soil for lead and other heavy metals through an on-the-spot elemental analysis. Many research studies today rely on handheld XRF to test soil for lead.

The research project aimed to quantify surface soil lead (Pb) concentrations across the city. This study focused on streetside and residential environments, streets with high and low traffic volumes, and houses of various ages and neighborhoods. Another goal was to consider how urban soil pedogenesis is driving changes in surface soil Pb concentrations over time. 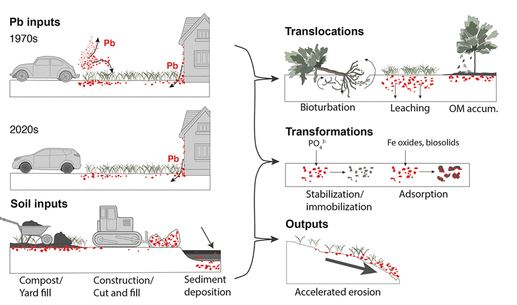 Schematic of urban soil processes that mobilize and redistribute soil lead (Pb) over time, based on the four components of Simonson’s 1959 generalized framework of pedogenesis.

For the study, soil samples were taken from streets, residential properties, and floodplains. Samples were air dried, sieved, and placed into sample cups with Mylar film. A handheld XRF analyzer (specifically, the Vanta™ M Series analyzer with a 50 kV X-ray tube) was used to test the soil samples to determine their elemental makeup.

After the analysis, researchers saw a correlation of elevated lead levels consistent with the age of the residence. In other words: the older the house, the more lead exposure in the surrounding soil. The study also found that urban soil processes tend to reduce and dissipate soil lead contamination from paint and gasoline. This discovery may help guide public health approaches to reduce lead exposures.